X-ray fluorescence (“XRF”) is a non-destructive analytical technique used to determine the elemental composition of materials such as drill core. XRF analyzers determine the chemistry of a sample by measuring the fluorescent (or secondary) X-ray emitted from a sample when it is excited by a primary X-ray source. It should be noted that the results only provide an indication of the amount of Cu, Pb and Zn present. Certified assaying of the core samples is still required to accurately determine the amount of base metal and precious metal mineralization (Copper-Lead-Zinc-Silver and Gold).

The California Lake Group has historically been a prolific zone for Silver and is typically associated with Pb / Zn sulfides. The Arsenic values (As) in the previous charts is an important pathfinder element for the presence of gold.

Patrick J Cruickshank, MBA, CEO & Director stated, “We are pleased to report these initial XRF results on our first (2) VMS Target Holes in our initial California Lake drill program. We set out to see if our process would identify a VMS mineralization based on just re-processed magnetics from legacy surveys and applied algorithms. In this initial program the shallow, upper portion of the system was targeted, the results justifying more advanced exploration including high-definition UAV (Drone) magnetics, ground based E.M. and I.P. surveying and 3D – AI analysis. We look forward to the next exploration phase which will focus on the entire 1.5 km target structure including the depth extension. To date, the grades identified in these finger zones are consistently well above the BMC average.  To hit the three (3) Au target zones and 7 out of 8 VMS target holes on an early-stage pre-exploration program and these types of grades are further proof of our unique proprietary cutting-edge technology process. We look forward to releasing our complete results.”

Drill Holes 6 and 7 were the first holes of the program to intersect visible Cu, Pb, Zn +/- Ag, Au mineralization along the 1.5-kilometer geophysical target identified by EarthEx Geophysical Solutions Inc. The target zone is structural, well foliated, and where mineralized, is approximately 10 meters in width and includes multiple sections of VMS mineralization of varying widths. The host rocks are primarily sediments with local bands of volcanics. Mineralization is typical of the Bathurst Mining Camp with sections consisting of 95%+ sulphides including pyrite, sphalerite (Zn) and galena (Pb), the latter two visible in drill core as disseminations and bands respectively.

“The first drill holes at California Lake were successful, confirming the regional electromagnetic anomaly has associated mineralization. To date, only a small portion of the anomaly has been tested by drilling. Next steps included detailed UAV drome magnetics and ground-based Time Domain Electromagnetics to define and model priority targets prior to drilling“, stated Gary Lohman, B.Sc., P. Geo., Director. 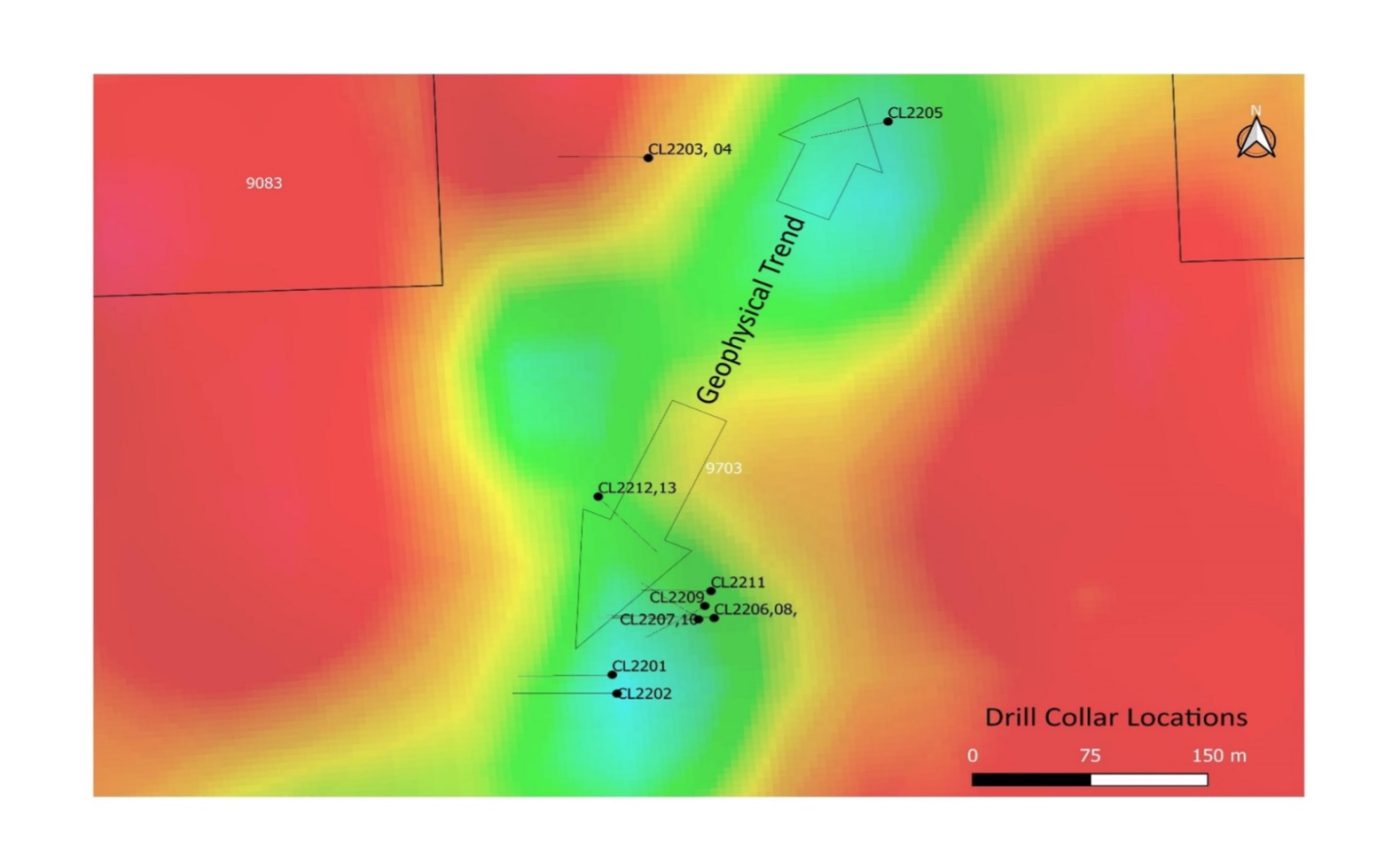 The Pb, Zn mineralization suggests that initial deposition occurred along the flanks of a VMS system where Pb / Zn is typically dominant. Subsequent shearing and structural activity have dislocated the mineralization however the dense sulphides remain intact with generally hard contacts with the surrounding sediments. Individual widths within the 10-meter section can be greater than 2 meters. Pyrite mineralization is also present within the sediments. 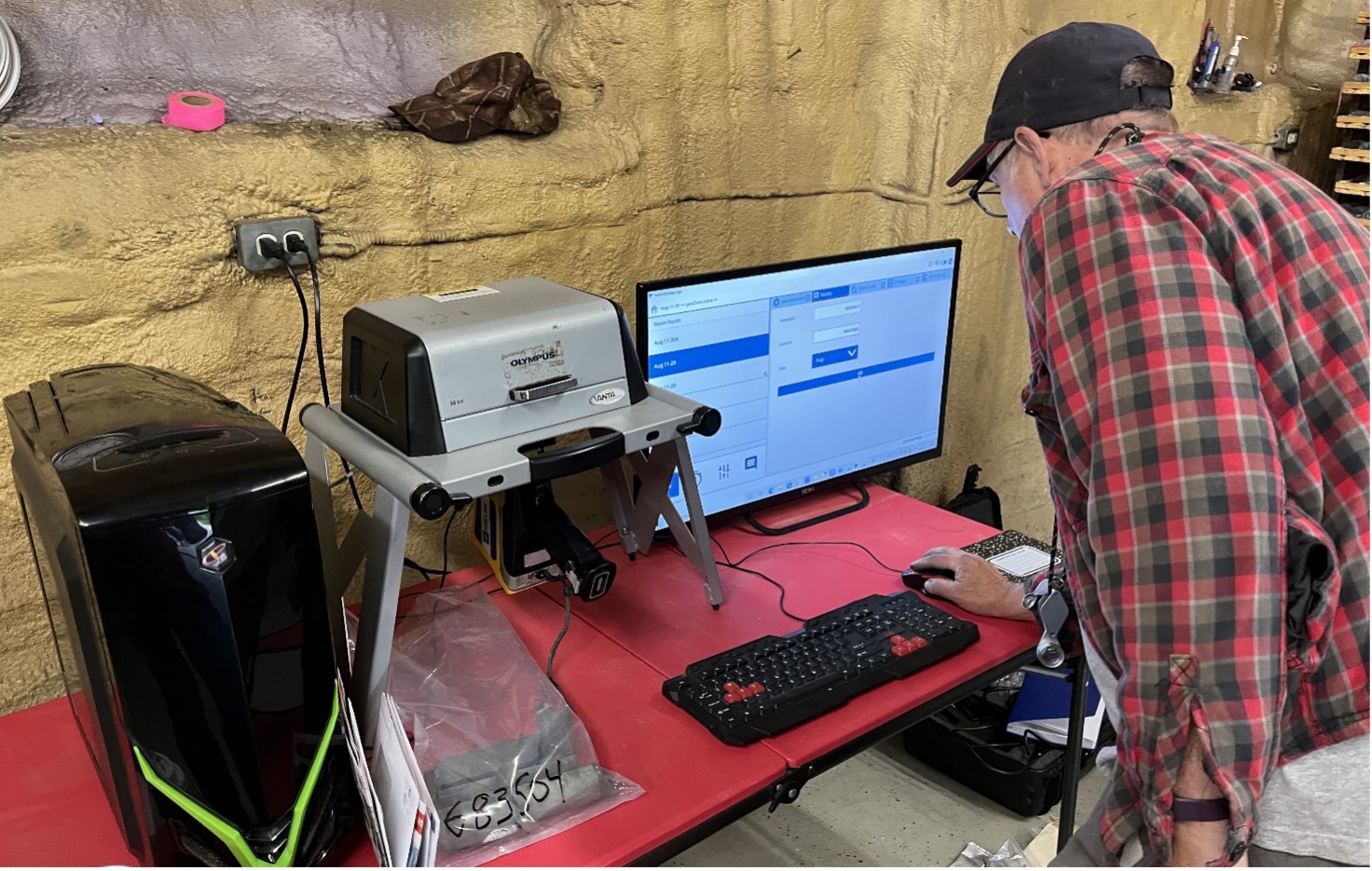 The disclosure of technical information in this news release has been prepared in accordance with Canadian regulatory requirements as set out in National Instrument 43-101 – Standards of Disclosure for Mineral Projects (“NI 43-101”) and reviewed and approved by Gary Lohman, B.Sc., P. Geo., Director who acts as the Company’s Qualified Person, and is not independent of the Company.

This press release may include forward-looking information within the meaning of Canadian securities legislation, concerning the business of Nine Mile. Forward-looking information is based on certain key expectations and assumptions made by the management of Nine Mile. In some cases, you can identify forward-looking statements by the use of words such as “will,” “may,” “would,” “expect,” “intend,” “plan,” “seek,” “anticipate,” “believe,” “estimate,” “predict,” “potential,” “continue,” “likely,” “could” and variations of these terms and similar expressions, or the negative of these terms or similar expressions. . Forward-looking statements in this press release include that (a) the complete mineralized zone has been sent to ALS for analysis and we will announce those complete results once received, (b) the Ag and Au values will be reported upon receipt of the assay results from ALS, and (c) the next exploration phase will focus on the entire 1.5 km target structure including the depth extension. Although Nine Mile believes that the expectations and assumptions on which such forward-looking information is based are reasonable, undue reliance should not be placed on the forward-looking information because Nine Mile can give no assurance that they will prove to be correct.